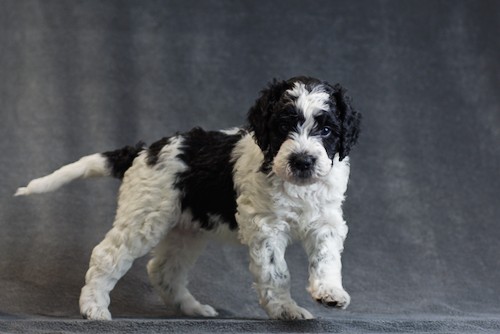 Connix, the second white-black female of the litter, has made it to the south of Sweden. There she lives with two other dogs in a large family and is called Nikki. She lives near her half-sister Happy and, like Happy, will go into dog sports.