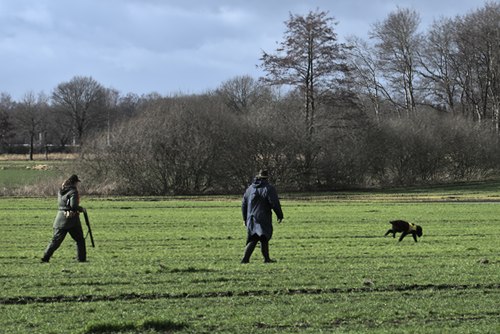 On March 13th I was allowed to accompany Yoda's aka Widu's owner to Essen/Oldenburg, where Widu was taking the German Gun Dogs Association's youth exam (VJP).

We left early in the morning at half past four in order to be in Essen punctually at 7.30 a.m. The weather was more than bad and with about 5°C, continuous rain and storm, a real challenge for me. Widu and Nadine had enough adrenaline and did not allow themselves to be distracted by external influences.

Apart from Widu, three German Longhaired Pointer took the test. The test began with a rabbit trail. To do this, the teams went across a field to track down and flush rabbits and follow their trails. Little by little the dogs found the rabbits and followed the tracks. Widu did his thing very confidently. The next task was to search a field and point which Widu also completed flawlessly. The last exercise was the test for gun-shyness. Widu was not afraid of any shots and was not distracted while searching.

Widu passed the VJP with 70 points. Our congratulations go to Nadine, who has shown that she is an excellent dog handler, who keeps her nerve despite adverse conditions and who has led her dog through the test excellently. 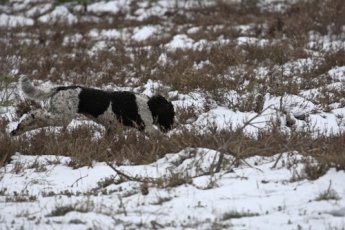 Emile at the VAP

In early April, Obi-Wan aka Emile from Pepsi's W-Sokole-litter completed 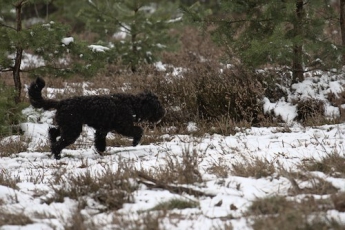 Nala at the VAP 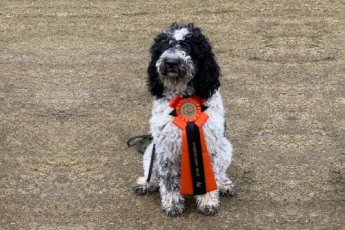 Connix aka Nikki, who looks very similar to Pepsi, passed