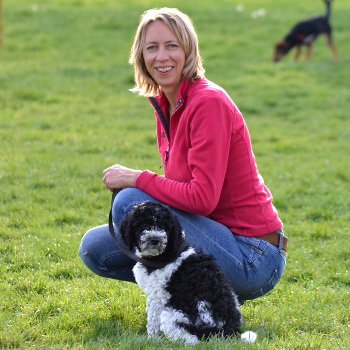 We – Nicola and Maik – live in Kiel, a city that is not known for its architecture but for its geographic location. Kiel is situated at the Baltic Sea as well as the Kiel Canal and is surrounded by a beautiful countryside like the Probstei or the Schlei­region. It is possible to walk at the beach or at the Kiel Canal.

There were just a few Barbet breeders in Germany at that time and thus we went on our wey to the French-speaking part of Switzerland. We had found the kennel du Bois des Buis and chose a little brown female that we picked up five weeks later. 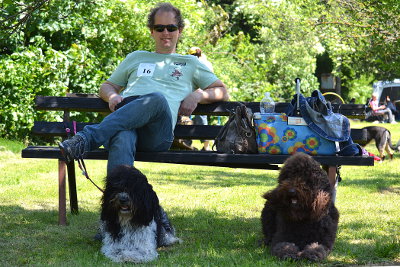 As is turned out, we had made the right decision and so began a lovely time with our dog Bluna.

Meanwhile the desire to have a second Barbet grew and we found a very interesting litter that fit our wishes in Ringwood in the south of England in the kennel Novaforesta.